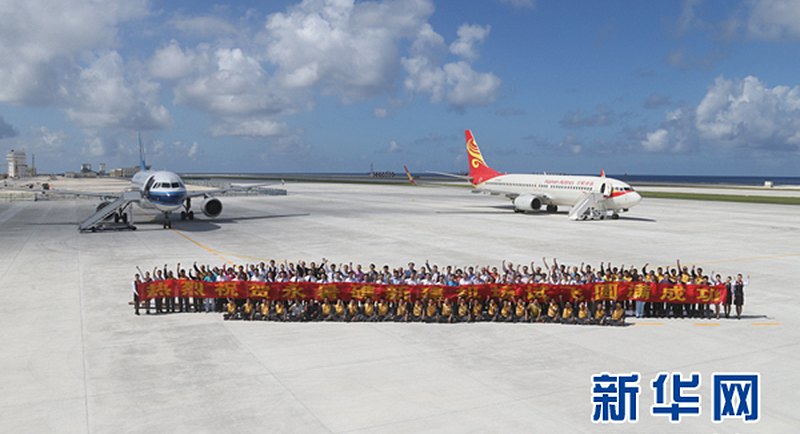 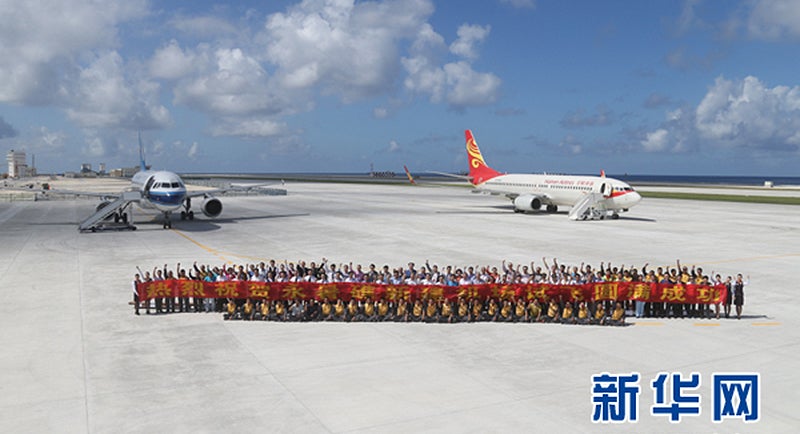 China’s state backed Xinhua News has posted pictures of aircraft operating from the country’s reclaimed island outpost at Fiery Cross Reef in the South China Sea. The move, albeit seemingly an inevitable one, has sent shock-waves around the region

For full background, make sure to read this recent feature on the first landing on Fiery Cross Island and China’s strategy concerning its man-made islands by clicking here.

China’s island-building campaign in the South China Sea has been happening at breakneck speed. At… Read more Read more 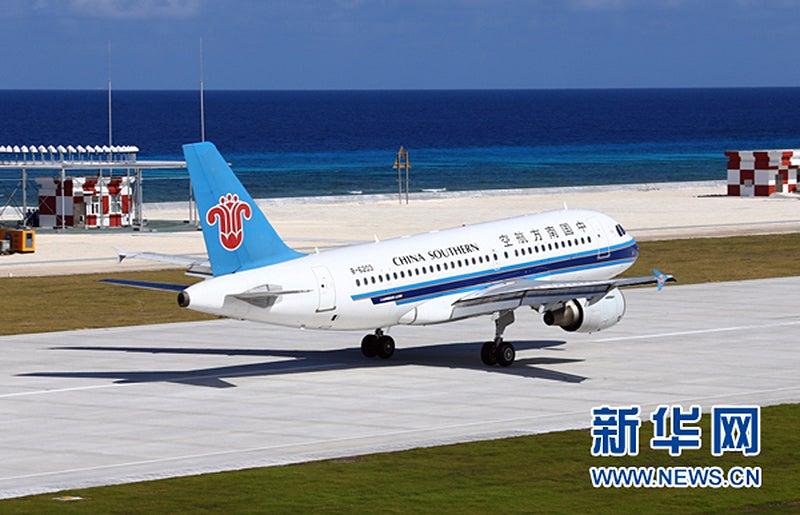 It is understood that over the South China Sea is one of the busiest international flight airspace, new airports Yongshu Reef in South China Sea can enhance the ability of air traffic services, to provide more comprehensive aviation meteorology, aeronautical information, communication, navigation and air traffic surveillance and other information for flights tracking, search and rescue support provided space, make flying more secure and reliable.” 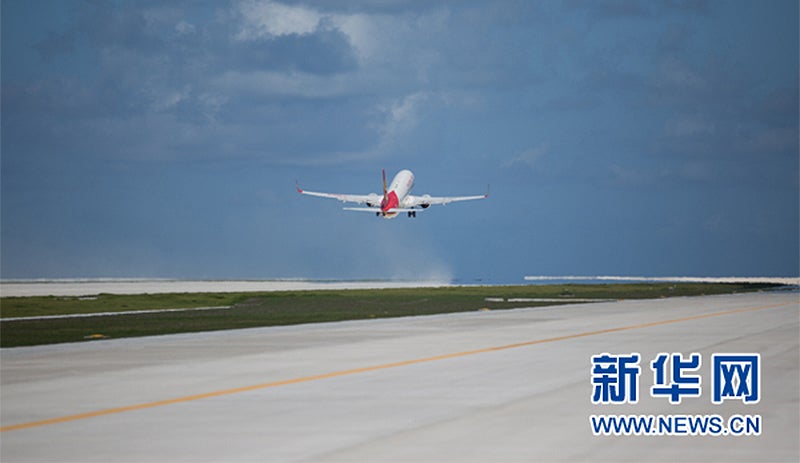 Almost laughably there is no mention of military uses for Fiery Cross Reef and its 10,000 foot runway, or its dredges lagoon, and the use of chartered airliners for this initial test is just an extension of China’s total omission of Chinese military involvement in the outpost. It is obvious that this man-made island turned air base, along with other smaller ones being developed from reefs around the South China sea, are part of a much grander plan that aims to give China military dominance of the South China Sea. This includes reigning over its energy and fishing resources, as well as controlling its use as one of the world’s most critical shipping arteries.

The question is when will the military hardware begin to show up? Now that the runway is operational, cargo flights can begin that will greatly enhance the speed at which the island becomes a fully operational military base. Where it goes from there, nobody is sure.