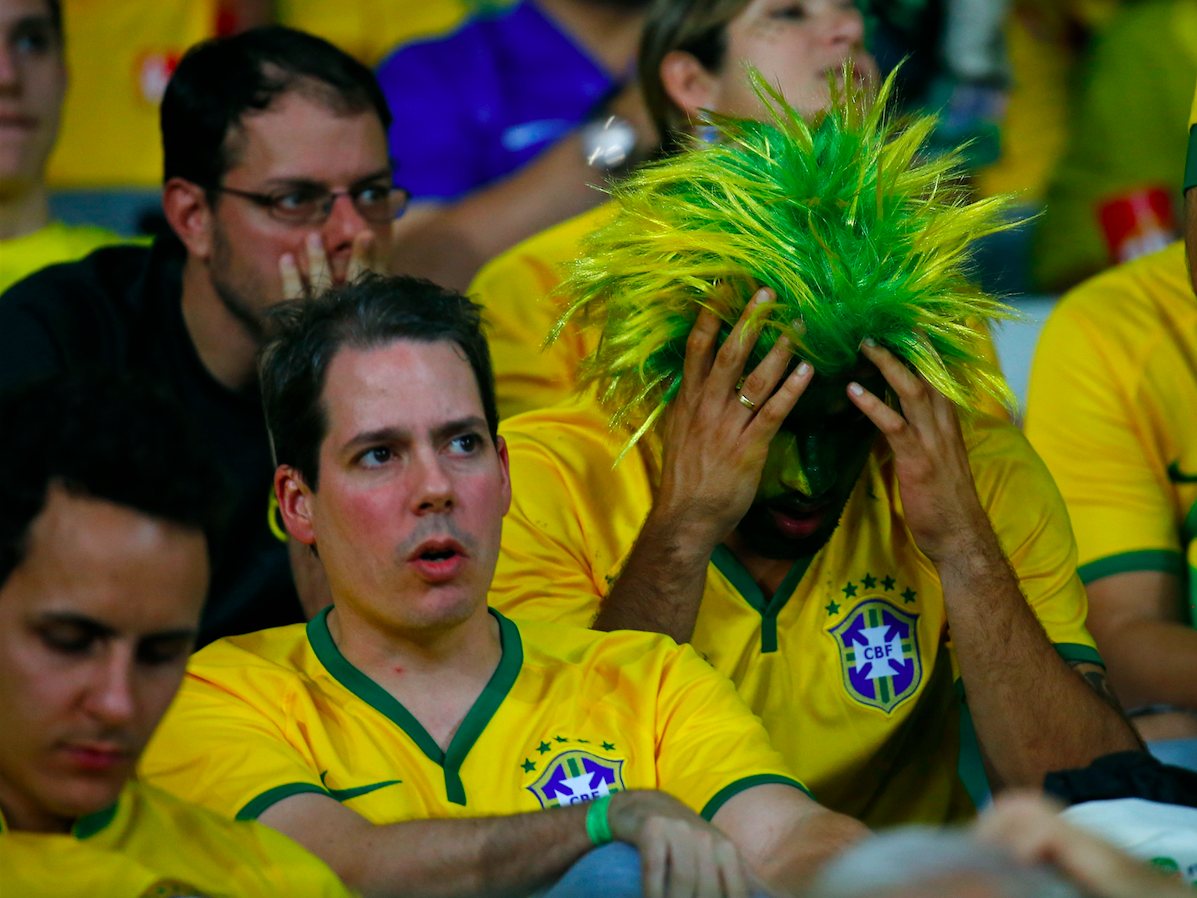 The US economy is ‘becoming more vulnerable’

Brazil’s Dilma Rousseff is getting her sweet, sweet revenge

CHINA’S $28 TRILLION PROBLEM: ‘The dark side of Asia’s debt’

The Federal Reserve closed 2015 by doing something it hadn’t done since 2006: It hiked interest rates, initiating a phase of tighter monetary policy.

Since then, Wall Street analysts have been asking themselves when the next hike is coming and how many hikes there will be before the world gets back to a “normal” monetary policy (whatever that means).

There are others in the market, however, who believe that something could stop the Federal Reserve’s tightening phase dead in its tracks.

They believe that weakening credit in massive economies around the world will make it impossible for the Fed to continue to hike rates through 2016.

Larry McDonald, head of US macro strategy at Societe Generale, is one such person. To illustrate his point he sent us a chart from Brazil, the world’s seventh-largest economy.

“Brazil’s 10-year bonds are five points below September stress levels,” McDonald wrote to Business Insider in an email. “The $64 trillion question for 2016 is, will credit risk VETO the current Fed policy path? I say yes.” Brazil — like many emerging-market economies — is under intense strain right now. Part of that is due to a collapse in the price of commodities like oil and iron ore.

At this delicate time, emerging-market economies need all the investor money they can get, but continued rate hikes by the Fed will send money to the US as worried investors look for safer places to stash cash. In other words, there will be more deflation, which is exactly what the Fed was trying to prevent with its zero-interest-rate policy that ended with December’s increase.

No one knows when commodity prices will start to climb again, but analysts see few positive catalysts on the horizon.

That’s what makes people like McDonald wonder whether the Federal Reserve will continue to tighten money supply. The Fed has held off on making policy decisions because of the global economy before, such as when it decided not to hike rates in September in part because of volatility in China’s markets.

But then again, China’s economy was still sputtering when the Fed decided to hike rates in December.

So the question is whether the Fed will put the world back in its equation if things really go off the rails abroad.

The rest of the world will be hungry for easy cash in 2016. The Fed may just have to give it to them.