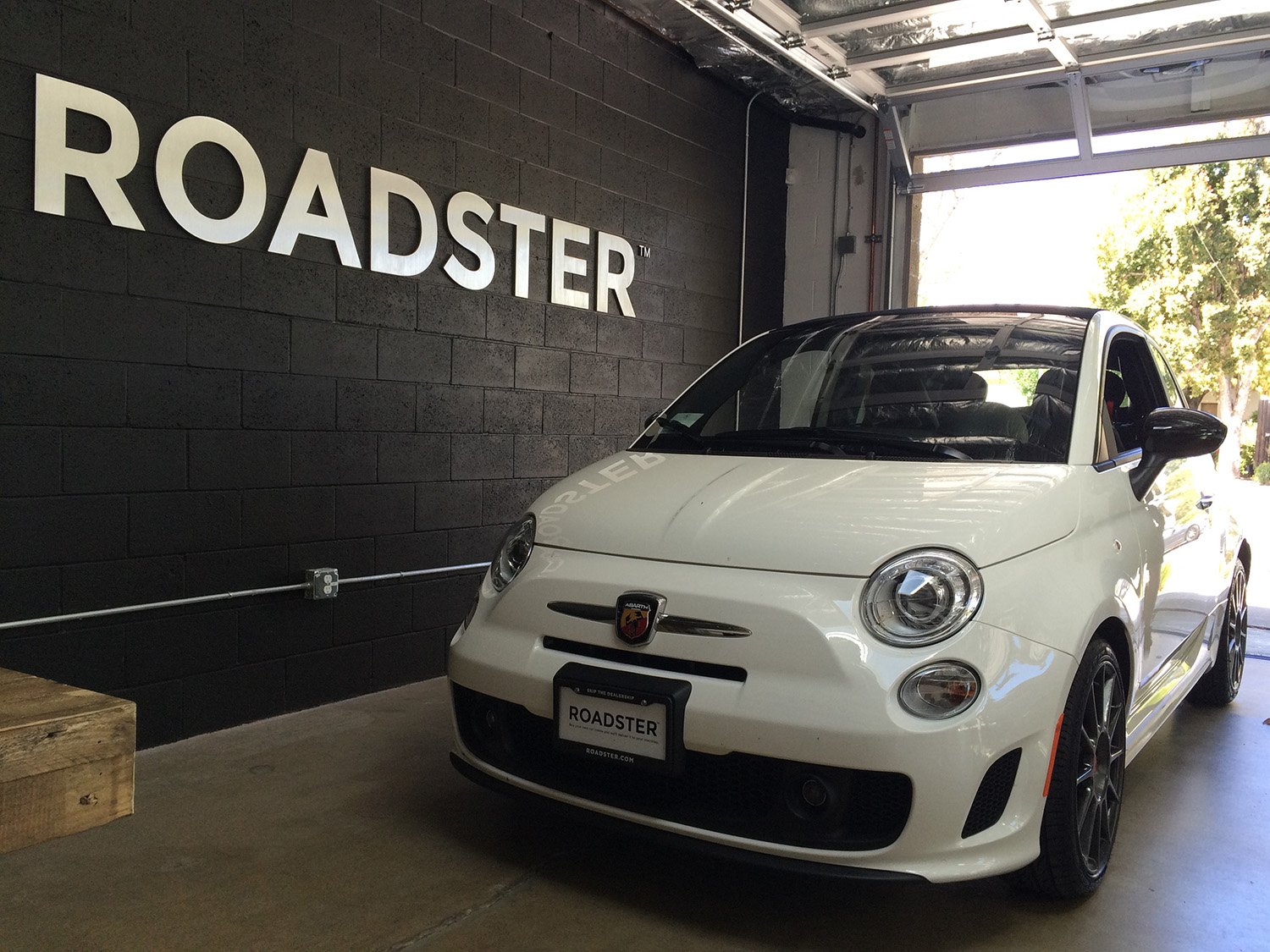 Buying a new car may never the same.

You can mostly thank Tesla Motors for successfully putting the direct-to-consumer sales model into practice — a sales strategy where the dealership is removed, and the car company itself sells and delivers cars to its customers.

A California-based startup called Roadster is trying to expand on that concept by giving car shoppers a way to purchase almost any vehicle from 35 different automakers.

That model is already in use, in varying degrees, among a handful of startups — and even some major manufacturers like General Motors — but, for now, they only sell preowned vehicles.

Roadster Express is selling brand-new vehicles from makes like Honda, Subaru, Toyota, and many others.

“It’s a simple, self-service interface that gets you through the entire transaction,” Roadster COO Rudi Thun told Business Insider, “then you’ll schedule delivery, and we’ll bring that car to your house.”

Thun is a 15-year veteran of the auto industry, having run eBay Motors and AOL Autos before jumping on board with Roadster.

Thun said Roadster Express is an extension of its premium service, Roadster Concierge, an option geared toward vehicles that are harder to find.

Roadster Express specializes in cars that are widely available, and generally inexpensive — think Chevy Volts, Toyota Camrys and Acura MDXs — cars in the $20,000 to $40,000 range. It’s another example of the auto industry’s continual metamorphosis of the last couple of decades. When online car shopping sites like Edmunds and AutoTrader first came online in the late 1990s, the best you could do was research your next car and get a price quote.

Your inbox would fill up with messages from a bunch of sales people — all of whom were trying to get you into their showrooms.

Those days may be ending. Edmunds and AutoTrader are still around and have evolved in their own ways, but new competitors like Beepi and Carvana have come around to take things a step further. They leverage powerful mobile devices and consumer appetites for personalized, on-demand service.

It would seem that this innovation could be detrimental to traditional dealerships, but the threat is minuscule at best, for now. Dealers sold a record 17.5 million vehicles in 2015, raking in about $570 billion on new-car sales.

Dealers that partner with Roadster Express pay the startup 1.25 percent of the price of the new-car sale. In return, dealers don’t just get a sales lead, they get a complete new-car order, generated and executed by Roadster.

And customers, who are demanding more control and transparency in the buying process, are spared the agony of spending hours inside a dealership.

For now, Roadster Express is only available in California, but the startup is planning a nationwide expansion later this year.