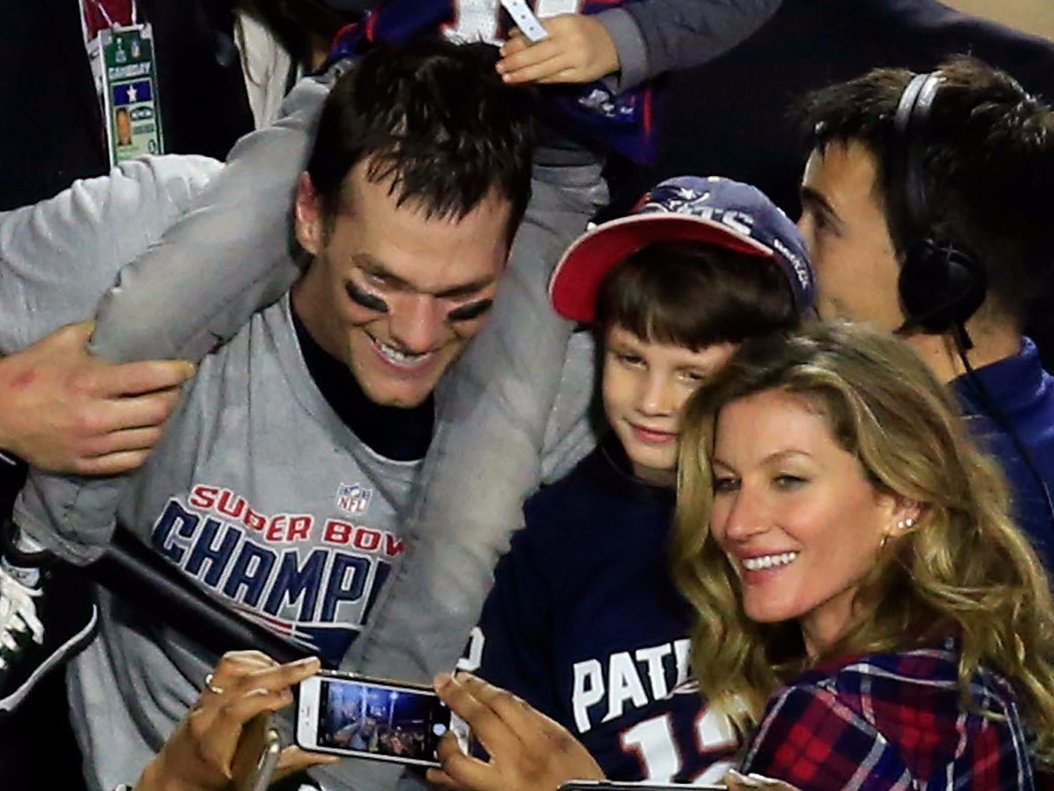 So it should be no surprise that they both are obsessed with staying in peak condition and part of that is controlling what goes into their bodies. Naturally, that obsession is also practiced by their children.

Hilary Sargent of the Boston Globe sat down with Brady and Bündchen’s personal chef, Allen Campbell, and discussed what the Super Family eats.

While the diet of Brady and Bündchen is a bit jaw-dropping, it is not a complete shock considering what each does for a living and how important their bodies are to their work. But what is a bit jarring is what the children eat because, if anything, it sounds nothing like what most of us experienced growing up.

When asked if the kids eat the same as Brady and Bündchen, Campbell said, “pretty much,” noting that about 90% of the time it is the same. The main construction of the family diet is described here:

80 percent of what they eat is vegetables. [I buy] the freshest vegetables. If it’s not organic, I don’t use it. And whole grains: brown rice, quinoa, millet, beans. The other 20 percent is lean meats: grass-fed organic steak, duck every now and then, and chicken. As for fish, I mostly cook wild salmon.

It’s very different than a traditional American diet. But if you just eat sugar and carbs—which a lot of people do—your body is so acidic, and that causes disease. Tom recently outed Frosted Flakes and Coca-Cola on WEEI. I love that he did that. Sugar is the death of people.

In addition, to not using sugar, Campbell says he also does not use white flour, iodized salt, or MSG, and he never cooks with olive oil. Charles Krupa/APTom Brady and Gisele Bundchen with their son Ben.

The menu for the children does deviate and one of things Campbell has been making a lot for the kids is sushi.

“I’ve been [making a lot of sushi for the kids] lately,” Campbell told Sargent. “It’s brown rice, avocado, carrot, and cucumber. The kids like [it] maki-style, so the rice is on the outside. And I do it with a ponzu sauce, which is uzu and tamari. [I use] tamari because we stick to gluten free for everything.”

“I make fruit rolls from bananas, pineapple, and spirulina,” Campbell added. “Spirulina is an algae. It’s a super fruit. I dehydrate it. I dehydrate a lot of things. I have three dehydrators in their kitchen. I also make raw granola and raw chocolate chip cookies.”

Campbell also notes that the children eat fruit, something Brady avoids, except for the occasional banana smoothie.

While it doesn’t sound like the most exciting meals for a child, they won’t have to make that adjustment to a healthier lifestyle that most adults struggle with.

NOW WATCH: Watch a skier spin backwards off the tallest jump in the Western Hemisphere