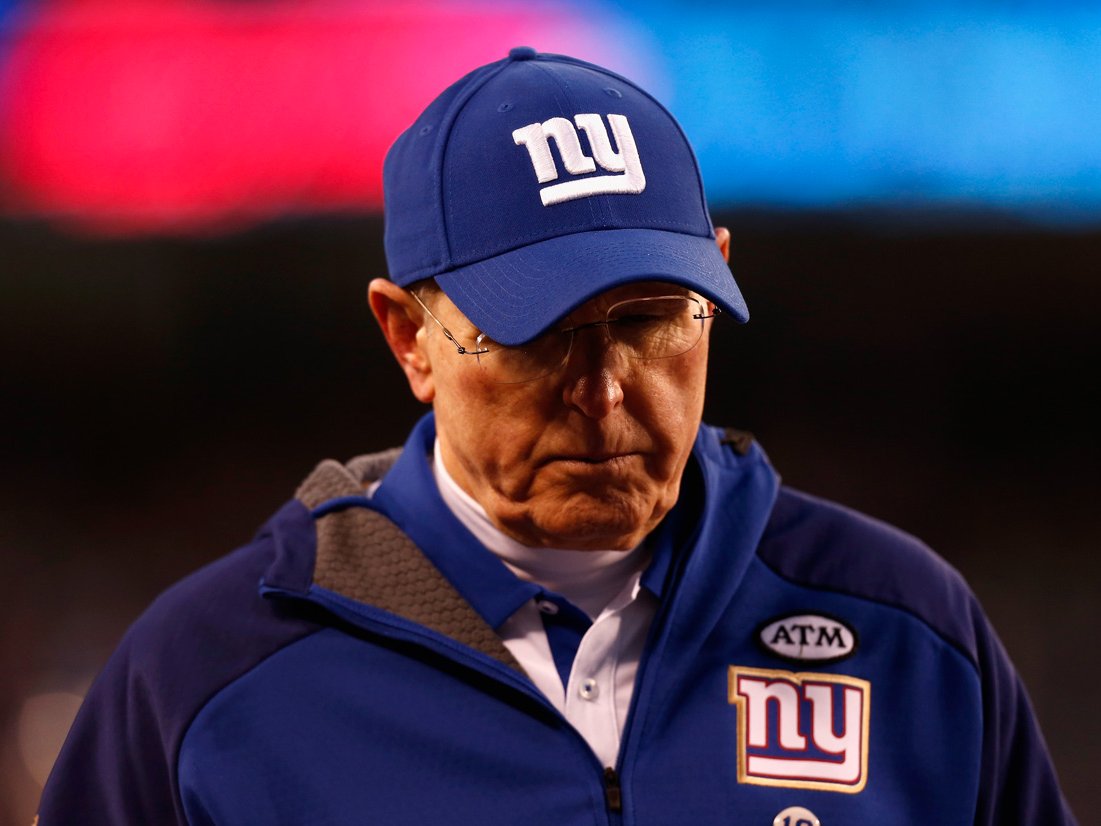 According to Adam Schefter, Coughlin informed the coaching staff on Tuesday that the Giants are making a head coaching change after 12 seasons.

Schefter added that the official word is that Coughlin is stepping down. He decided to leave before the Giants offered him the chance to stay.

The move doesn’t come as a total shock, as the rumors around Coughlin’s future with the team had been swirling for weeks.

Despite two Super Bowl wins and several winning seasons, Coughlin and the Giants have missed the playoffs in six of the last seven seasons, with their lone appearance resulting in a Super Bowl victory.

The team struggled this season, not only because of a lack of talent, but tactically, too, as they blew several games with poor clock management and play-calling. People also questioned Coughlin’s control over the team after Odell Beckham Jr.’s erratic and emotional play in a Week 14 loss to the Panthers.

With the Giants seemingly heading towards a rebuild, despite two franchise players in Eli Manning and Beckham, it seems the Giants feel it’s time to move in a different direction.

“I met with John Mara and Steve Tisch this afternoon, and I informed them that it is in the best interest of the organization that I step down as head coach. I strongly believe the time is right for me and my family, and as I said, the Giants organization.

“It has been an honor and a privilege to serve as head coach of the New York Football Giants. This is a not a sad occasion for me. I have spent 15 years with this organization as an assistant and head coach and was fortunate to be part of three Super Bowl winning teams. A Lombardi Trophy every five years is an achievement in which we all take great pride.

“Obviously, the past three years have not been what any of us expect, and as head coach, I accept the responsibility for those seasons.

“I think it has been evident these last 12 years here how much pride I take in representing this franchise. I am gratified and proud that we were able to deliver two more Lombardi trophies to the display case in our lobby during that time. That is a tribute to our players and staff, and it was truly fulfilling to be the leader of those teams.

“I appreciate the support of John and his family and Steve and his family, and of Jerry Reese and his staff. I think our organization is a great representation of what I mean when I talk about ‘team’.”

“Finally, I would be remiss if I did not thank my wife Judy and our four children and their spouses and our 11 (soon to be 12) grandchildren. None of this would have been possible without their unconditional love and support.”