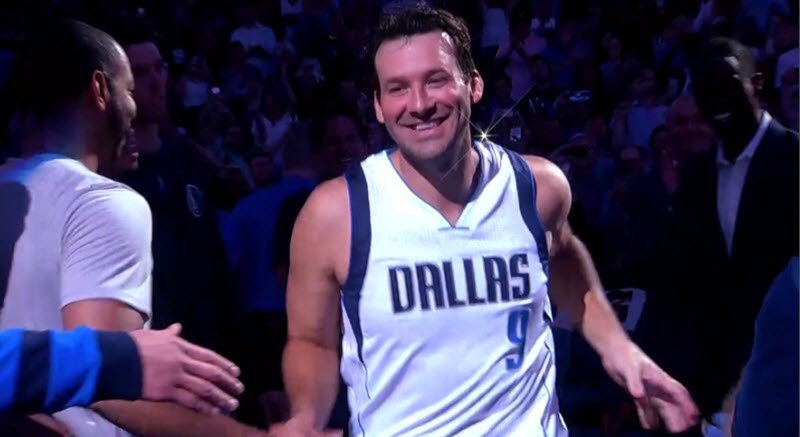 The Dallas Mavericks found a unique way to honor newly retired Tony Romo on Tuesday when he dressed for their regular-season finale and sat on the bench with the team during the game.

Dirk Nowitzki briefly spoke to the crowd to thank them for the season, but said the night belongs to his “good friend” Romo, thanking him for all he has done for the city of Dallas.

As for Romo, he briefly addressed the crowd, calling the situation, “a little embarassing.”

“This is an honor I could never dream of,” Romo said. “It’s a little embarassing, but I tell you what, I am very lucky guy. Thank you, Dallas, I love you.”

After the intros, Mark Cuban had a hug for Romo.