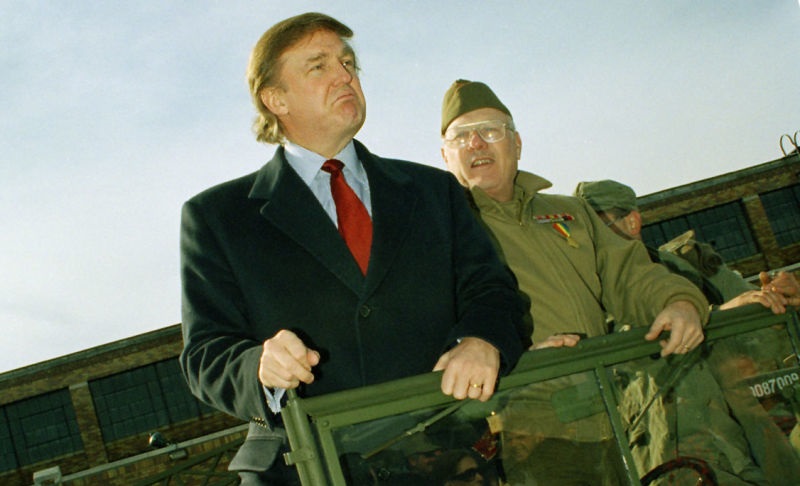 Someone in Donald Trump’s seemingly small orbit apparently made it clear to the Republican presidential frontrunner that torture is illegal and telling soldiers to do it is an illegal order. The fact that trump said he would do something that is impossible is nothing new—his reversal on the subject is.

This was Trump’s reinforcement of his torture stance from last night’s Republican presidential debate:

But today he made an abrupt change in his hard-line stance, stating:

I do, however, understand that the United States is bound by laws and treaties and I will not order our military or other officials to violate those laws and will seek their advice on such matters… I will not order a military officer to disobey the law.

Trump and the subject of torture is nothing new. Early in his campaign he remarked that Sen. John McCain was not a war hero, saying:

He’s not a war hero… He was a war hero because he was captured. I like people who weren’t captured.

McCain spent over five years in a North Vietnamese prison where he was ruthlessly tortured. He was given the opportunity to leave because his father was a powerful Navy Admiral, but he chose to stay as he felt he would be deserting his fellow prisoners of war who were given no such opportunity and his departure would play into the North Vietnamese propaganda.

Ever since Trump made these remarks, the two have been going back and forth indirectly over the utility and morality of torture. Yet things came to a head today when McCain come out alongside Mitt Romney to oppose Trump’s candidacy, stating:

At a time when our world has never been more complex or more in danger… I want Republican voters to pay close attention to what our party’s most respected and knowledgeable leaders and national security experts are saying about Mr. Trump, and to think long and hard about who they want to be our next Commander-in-Chief and leader of the free world.

When Trump was made aware of McCain’s political move today, he simply replied: “Oh, he did? Well, that’s not nice. He has to be very careful.” When asked by CBS’s Major Garrett why McCain has to be careful, Trump ominously replied: “He’ll find out.”

As for Trump’s original unlawful position, it comes as little surprise. Trump has proven to have a very shaky grasp on basic military and foreign policy issues, and has given very little detail to backup any of his positions on these matters. Additionally, it seems as if there is no real inner circle that Trump listens to that would tell him what is plausible and what is not.

Some say that he is smart enough to surround himself with capable and well-versed advisers once in office, but without a decent base of knowledge on military subjects, that is a dangerous proposition. Case in point, presidents throughout the Cold War were advised to use nuclear weapons.