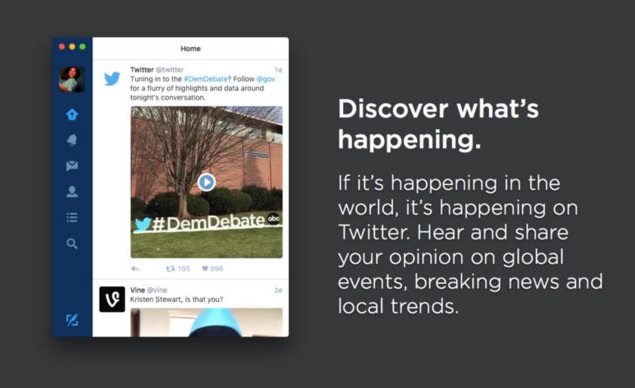 Twitter’s overlooked Mac app is finally getting the update it sorely needs. The company rolled out version 4.0.0 on Wednesday, adding a ton of features it has already offered on other platforms for a while.

The update includes GIF support, group direct messages, Highlights, the option to quote a tweet while adding your own opinion, and the ability to mute specific accounts. Videos will now play straight in your timeline too. The Mac app also got an updated design with a new dark theme.

One big feature still missing from Twitter for Mac is polls. The company recently introduced the option to add a 24-hour poll with up to four choices to any tweet. Unfortunately, polls apparently didn’t make the cut for this update.

You can shoot Twitter an email (mac-feedback@twitter.com) if you have any suggestions for future improvements. However, the company typically only updates its Mac app about once per year, so it could be a while before any more features are added. In the meantime there’s always TweetDeck.