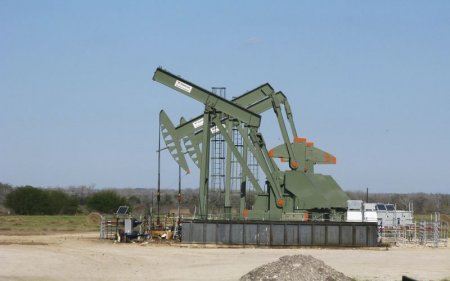 U.S. oil futures crashed below $27 dollars a barrel on Wednesday for the first time since 2003, caught in a broad slump across world financial markets as traders worried that a huge oversupply in oil was coinciding with an economic slowdown, especially in China.

That was over $2 above its last close, although traders said that the jump was misleading due to the roll-over of front-month contracts overnight.

Yet broader market sentiment remained bearish as producers around the world pump 1-2 million barrels of crude every day in excess of demand, creating a huge storage overhang.

“We believe prices are likely to come under more pressure after the release of EIA inventory data,” ANZ bank said on Thursday.

The U.S. Energy Information Administration is due to publish official storage data later in the day.