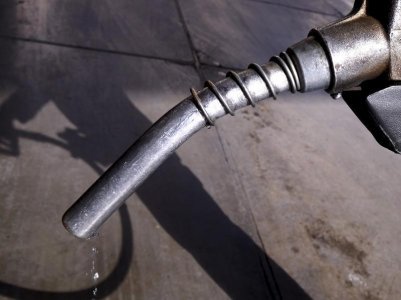 Thomson ReutersWorker grabs a nozzle at a petrol station in Tehran

That came as U.S. crude stocks rose by 3.8 million barrels to 500.4 million in the week to Jan. 29, data from industry group, the American Petroleum Institute showed on Tuesday.

“The U.S. crude inventory is already at the highest levels since the 1930s,” ANZ said in a note on Wednesday.

The increase led to renewed fears of overflowing oil tanks at the key U.S. storage hub, causing the spread between prompt and forward U.S. crude oil futures to slump to an 11-month low.

Traders fear that filling tanks to the brim could cause the next leg of a rout on distressed selling.

Meanwhile, Iran is aiming for crude exports of 2.3 million barrels per day in the coming fiscal year beginning on March 21, the managing director of the National Iranian Oil Company was quoted as saying on Tuesday.

That is higher than the 1.44 million bpd Iran is expected to export in February and 1.5 million bpd in January, according to data on Iran’s preliminary tanker loading schedules.

Russia is ready to implement further cooperation in the oil market with OPEC and non-OPEC countries, Russian Foreign Minister Sergei Lavrov said on Tuesday while on a visit to Abu Dhabi.