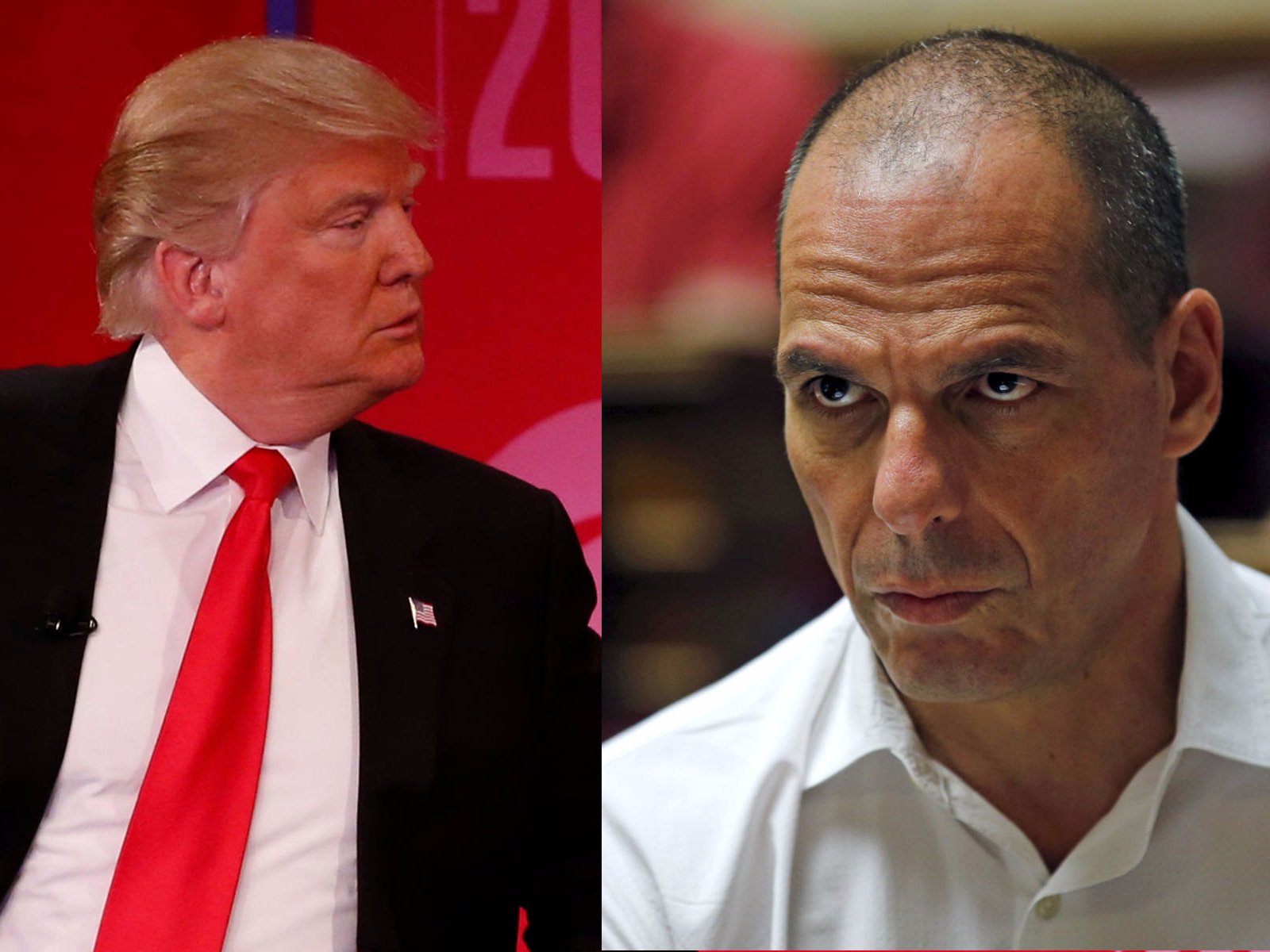 Outspoken former Greek Finance Minister Yanis Varoufakis compared the popularity of Republican Presidential candidate Donald Trump to the rise of Fascism across Europe in the 1930s.

Varoufakis, who ran Greece’s economy during crucial bailout talks and resigned last year, on Monday spent 90 minutes answering questions on Q&A website Quora, covering topics ranging from Europe’s future to Trump and even how economics is taught in University.

Trump has provoked the left with his comments on Muslims and immigration but become a darling of many right-wing voters in the US.

Here’s what Varoufakis wrote when asked ‘What do you think about Donald Trump’s political success in the US?’:

Anger is prevalent. Common folks follow a good instinct when they want to punish an establishment that has lied to them for decades, that has treated them with contempt, that considers them ‘useful idiots’ to be bought by the highest bidder.

Unfortunately, this good instinct often leads fed up conservatives to the wrong leader, camp, campaign. We saw this in the 1930s, we are seeing it today in France (the rise of Le Pen). Our duty as democrats is to offer disaffected voters, including conservatives, a way to indulge their impulsive urge to punish the establishment without becoming hostage to misanthropic narratives, like Trump’s, Le Pen’s etc.

The 1930s saw the rise of right-wing, autocratic, Fascist dictatorships in Italy, Spain, and Germany, while in France Marine Le Pen leads the far-right National Front party, which has recently enjoyed a boost in popularity.

Varoufakis and his party, Syriza, swept to power in Greece on a wave of popular support, but from the left, not the right. Varoufakis says there are “stark similarities” with his success and the current popularity of US Democratic Presidential candidate Bernie Sanders.

Here are the select highlights of Varoufakis’ other answers:

You can read the full Q&A session here.