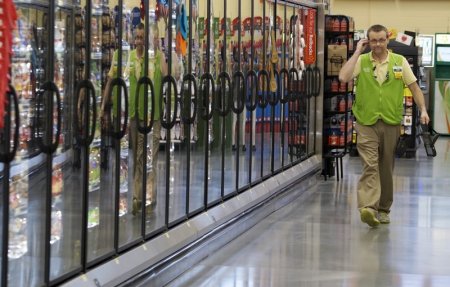 (Reuters) – Wal-Mart Stores said on Wednesday it would start offering fixed shifts and unveiled other details of planned scheduling changes aimed at retaining and motivating its rank-and-file workers.

The changes are designed to offer employees greater control over their schedules, addressing an issue that has been a focus of labor activists who say retailers give little notice on shifts and generally exert too much control over worker hours.

OUR Walmart, a labor group that has been pressuring the retailer on wages and benefits, described the move on scheduling as a positive step but said it believed Wal-Mart should still pay higher wages and offer more full-time jobs.

Wal-Mart had flagged its intention to offer more reliable scheduling last year as part of a $2.7 billion investment in wages and training.

Currently store managers allocate hours within the times employees say they are available to work.

Wal-Mart said that it would start introducing fixed shifts, under which workers can lock-in the same weekly hours, and flex shifts, which will allow workers to set their own schedules from a set of available time slots.

The retailer aims to have the changes, which it has been piloting at 11 stores, in place at its roughly 4,600 locations by the end of 2016. The changes will not necessarily mean more hours for workers, whose options will still be limited based on when staffing is needed to match customer flow.

“Fixed schedules will provide associates a consistent schedule that does not change for up to a year,” said Wal-Mart spokesman Kory Lundberg. “Flex schedules offer flexibility for associates who want to choose their own schedules from shifts that vary according to customer demand.”

The moves reflect broader efforts by Wal-Mart to motivate and retain its workforce of 1.3 million. Initial tests at pilot stores in Arkansas and Kansas showed an 11 percent drop in absenteeism and a 14 percent fall in turnover, Lundberg said.

Jess Levin, spokeswoman for the United Food & Commercial Workers International Union, said some workers had complained about having their hours cut after the wage increase last year and urged the company to make sure better scheduling was made widely available.

“Walmart workers deserve the fair and flexible scheduling for which they have fought,” Levin said in an emailed statement.

(reporting by Nathan Layne in Chicago; Editing by Marguerita Choy)