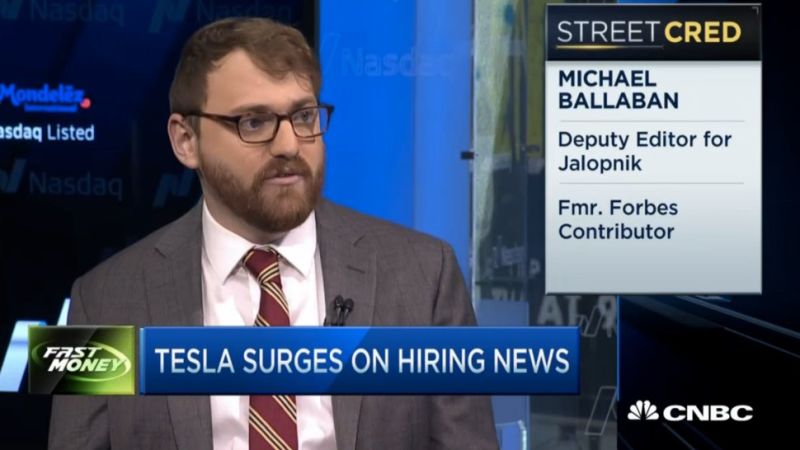 Earlier today, CNBC’s Fast Money invited Jalopnik on the show to talk Tesla Motors, so we drew straws and sent Michael Ballaban—mostly because he was the only one with a clean suit and a trimmed beard.

The biggest misconceptions surrounding Tesla at the moment were:

The final prompt in our modest segment concerned Tesla’s perception of itself as a tech company and not an automaker, having to overcome concerns a traditional tech company wouldn’t, like exponentially greater safety and legislative requirements and standards to meet. Just recently, they recalled every single one of the Model S vehicles over a minor seat-belt issue.

Before the comments fill up with a raging battle over how legitimate Tesla is (they have now successfully brought three models to market, and are currently constructing a $4 billion Gigafactory), or isn’t, I’d like you all to reassure Ballaban that he definitely didn’t look like he was going to throw up.