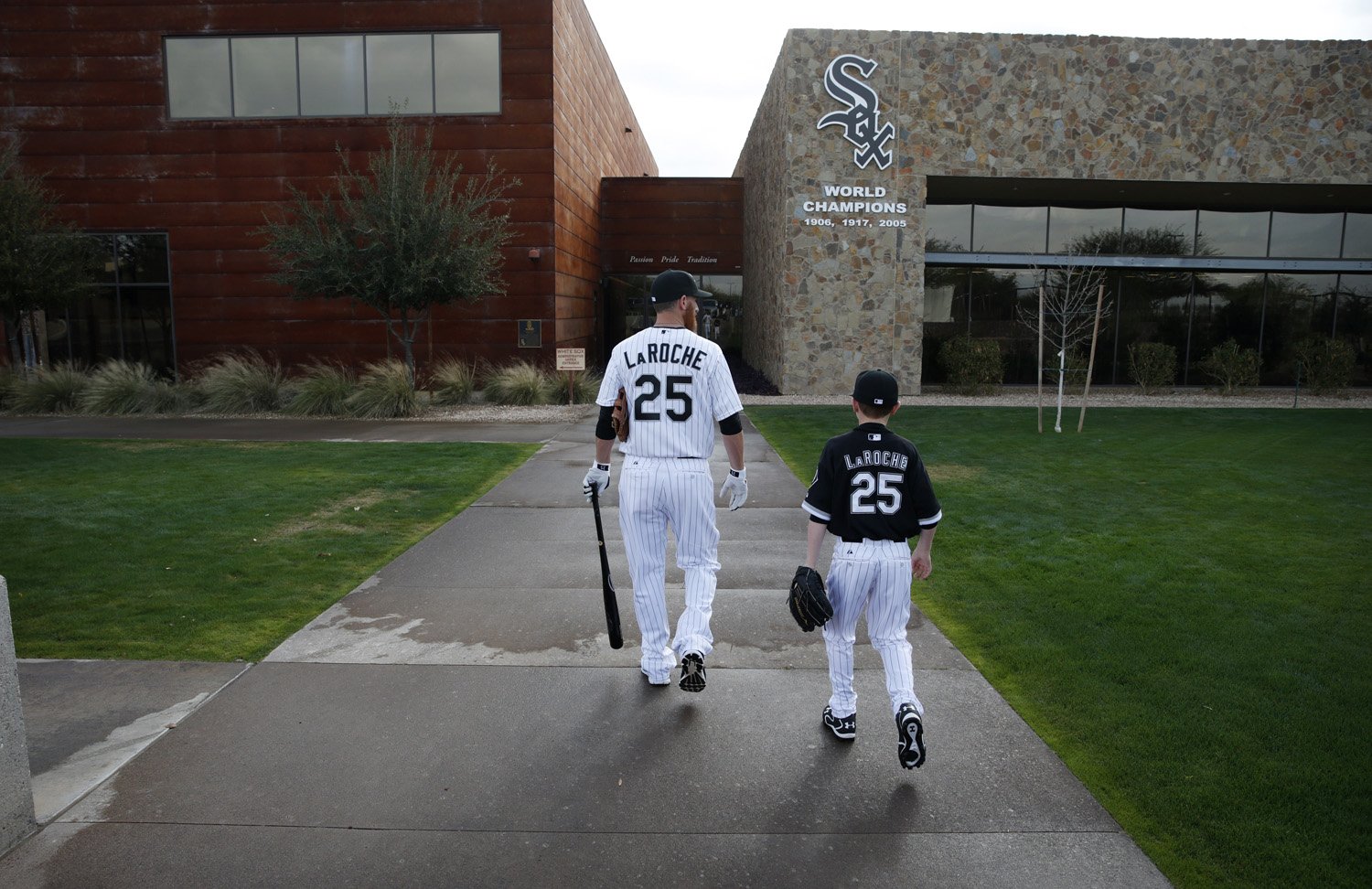 After the White Sox decided to cut back the time 14-year-old Drake LaRoche spends around the team during spring training his dad, first baseman Adam LaRoche, abruptly retired, foregoing his $13 million salary.

The move erupted into a firestorm as the story has become a bigger issue of the front office’s presence in the clubhouse and whether players should have children at the workplace.

After LaRoche walked away from the team, several members of the White Sox reportedly chewed out team president Ken Williams for banning Drake, and threatened to stage a walkout during a game out of anger and in protest.

Then, on Friday, White Sox ace Chris Sale hung up LaRoche’s jersey at his locker as a sign of solidarity with the LaRoche clan.

The whole saga — again, over a 14-year-old’s presence in the White Sox’s clubhouse during spring training — is reportedly causing legitimate rifts within the locker room, and within the franchise.

Lost among all of this madness is the fairly straightforward question: Why Drake LaRoche isn’t in school during the seven to eight weeks of spring training?

In a Washington Post piece from 2013, when LaRoche was on the Nationals, he explained that he and his wife weren’t too fond of traditional schooling, believing instead that Drake could learn more in the clubhouse than in the classroom.

“We’re not big on school,” LaRoche said at the time. “I told my wife, ‘He’s going to learn a lot more useful information in the clubhouse than he will in the classroom, as far as life lessons.'”

As The Post pointed out, LaRoche himself grew up around major-league ballparks because his father, Ken LaRoche, was a pitcher and, later on, a coach. Knowing this, it’s not hard to understand why LaRoche would want to bring Drake around so often.

So how does this work?

Long ago, LaRoche prioritized bringing Drake with him over traditional schooling. He goes to class in winter. In Viera [Florida], he brings schoolwork with him and sees a private tutor at a Sylvan Learning Center. They live in a small Kansas town, and LaRoche arranged Drake’s education with the public school. LaRoche said Drake’s school is fine so long as Drake passes standardized tests.

Even with that, it is clear that traditional school is not a priority for LaRoche and his family.

He and Drake play baseball in the morning. If he’s not playing in the game, they either go fishing or play golf. At night, they play Ping-Pong at their rental home.

NOW WATCH: How Alex Rodriguez, the highest-paid player in MLB history, makes and spends his $400 million